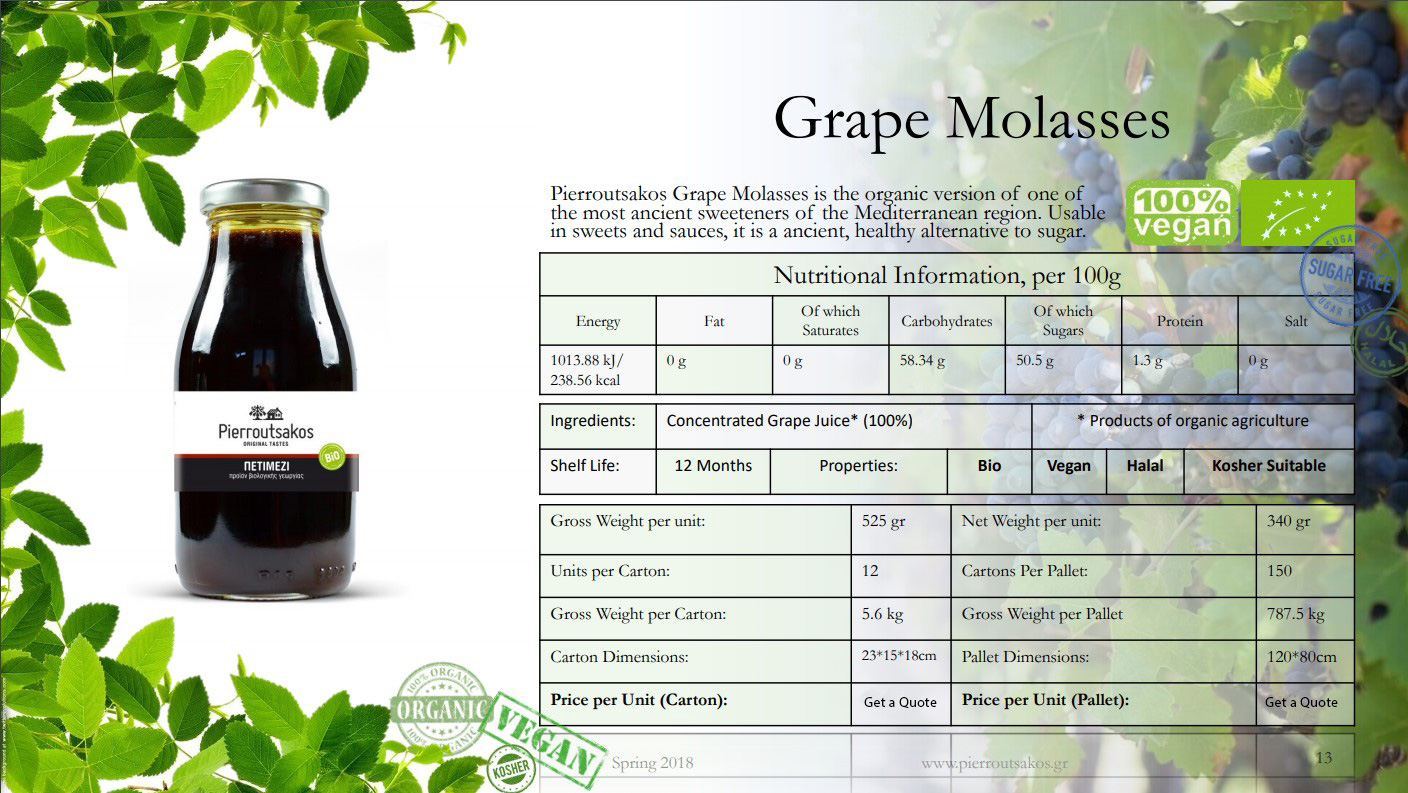 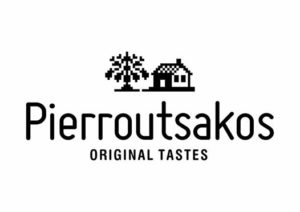 Produced by boiling pure, fresh grape juice, in enormous vats, for hours, if not days, until about only a fifth of the original liquid remains. Petimezi, the healthiest sweetener in the world, is rich in antioxidants, vitamins A and B, minerals, potassium, iron, calcium and magnesium.

It is commonly used in Greek and Mediterranean cuisine. The most common being to flavour “Mustokouloura” grape-must cookies, seen in all bakeries and patisseries at the time of the grape harvest, delicious, spicy, dark cookies, with rather a gingery flavour.

Petimezi can also be used to marinate meat or for salad dressings.

Pierroutsakos Grape Molasses is the organic version of one of the most ancient sweeteners of the Mediterranean region. Usable in sweets and sauces, it is a ancient, healthy alternative to sugar.